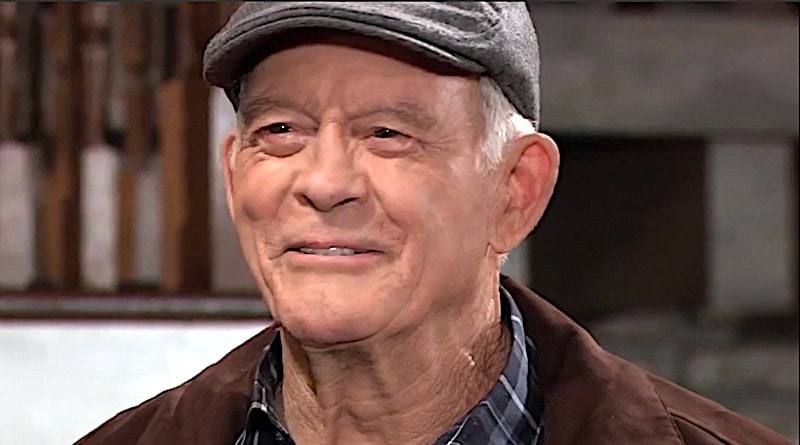 Building a good name and legacy in the film industry is not easy. To successfully achieve this, one must put in hard work and persistence to go against the odds. Millions of people have been able to reap this high in their lifetime, and one of them is the American veteran actor Max Gail. He has been impeccable in making career transformations. From being a school teacher, waiter, and now a director and actor in Hollywood, Max is sure to have earned various experiences that you can’t help but just adore and respect.

If you are one of the big fans of this famed actor, you would not want to miss out not on these amazing facts about him.

In forty years of service in the acting field, the distinguished actor has appeared in over 125 films and TV series. One of these is the longest-running show, General Hospital. Since 2018, Gail has been portraying his fictional character as Mike Corbin, the father of Sonny Corinthos. However, the character died due to his long battle with Alzheimer’s. Of course, for the supporters of Mike Corbin from GH, this will be an excruciating event.

Unsurprisingly, his work on the soap opera had earned him various acknowledgments. One of his great trophies is the Daytime Emmy Award for Outstanding Supporting Actor in late 2019. As a multi-talented man himself, Gail has been given another opportunity to return to the set of the GH.

According to a particular source, the famed actor was found recently during the set of the show General Hospital. Some claimed that he would be making a ghostlike appearance, portraying the role of Mike Corbin. Given this, Max Gail is likely to be part of an upcoming episode around the holidays.

If you are one of the avid supporters who miss the presence of Mike Corbin, you will surely be pleased to know of his returning to the GH and making his character alive again.

Moving on to his marital affairs, the famed American actor Max tied the knot in 1989 with his second wife, Nan Harris, another American celebrity. Their love story became stronger as they welcomed together their two children, Maxwell, born in 1990, and Grace, in 1993. The romantic duo extended their family and embraced and adopted Nan’s nephew, Delondon. Looking on a shallow surface of their family relationship, Max and his beloved wife, Nan Harris, seem to be happily living their lives together.

However, no matter how strong and happy their relationship might have been, their marriage didn’t end up happily. The couple parted ways last 2000 due to reasons that are not yet known and available to the public. Despite that, the famed actor continues striving through his career, leading him to become someone he is today.

Max Gail’s love story was like the one that happened in the movies. Before his heart tied with his second wife, he was romantically connected with his former wife, Willie Beir, in late 1983. Their romantic partnership grew fonder when Willie gave birth to their child India, in late 1984. As expected, the couple blissfully celebrated their blessings.

However, their three years of marriage were ended not by choice but by life’s harsh inevitability – death. His ex-wife, Willie Beir, died in 1986 as a result of cancer. It feels like watching a movie where the protagonist dies at the end. One can say that their marriage is indeed a realistic representation of the marital vows that couples exchange during weddings, “Till death do us part.”

After Willie’s death, Max Gail’s role in the family became doubled as he stood as the caring mother for their daughter, and at the same time, as the strong father who will never leave her daughter behind.

Amidst adversities and the passing of his former wife, Gail never stopped from continuing to move forward. Succeedingly, the distinguished actor took on the role of the narrator in the documentary, Hoxsey: When Healing Becomes a Crime. Afterward, his years of mourning were covered with another story of love when he met his second wife, Nan Harris. Finding another partner, however, does not mean he has forgotten about his first love. Beir has left something in Gail’s life that is surely irreplaceable – their memories and their daughter.

Fans and supporters have still shown the couple their unwavering support.

The American veteran actor Max Gail came into existence on the 5th of April 1943, in Michigan, United States. As of 2021, he is 78 years of age and still happily living with his current wife.