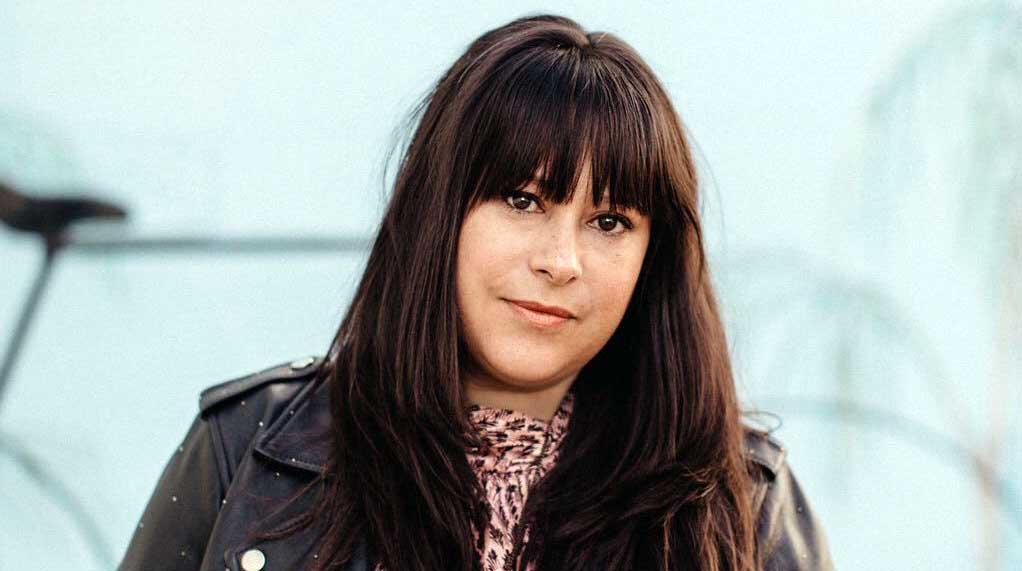 Kimberly McCullough is a former dancer and actress you’ll recognize from films like Legally Blonde. Her time to shine came after she landed the role of Robin Scorpio in General Hospital. Remarkably, she was not even 10 years old at the time!

Here is what you need to know about Kimberly from General Hospital. Also, learn about her marriage and dating life. Is she gay? If not, then who is she dating?

Kimberly McCullough started working as Robin Scorpio when she was just 7 years old. Since then, she has played the same role for over 35 years, appearing in more than1000 episode.

Early Recognition for her Role in GH

Her very first major storyline came in 1985, as she worked alongside veteran actor Keye Luke. He was a pioneer of the Asian-American TV scene and a founding member of the Screen Actor’s Guild.

In 1989, Kimberly won a Daytime Emmy Award at only 11. She was recognized as the most Outstanding Juvenile Female in Drama Series.

Her role on the show would only get bigger, especially after 1996, when Robin’s character contracted HIV after having unsafe intercourse with her boyfriend Stone.

We later saw the latter pass away from AIDs. It was one of the first depictions of STDs, which was still taboo back then. Shows like General Hospital raised awareness, removing the stigmatization around STDs. This helped lower the rate of infection.

McCullough won her second Emmy for ‘Outstanding Younger Leading Actress‘ in 1996. Moreover, she got a lot of national and international recognition for that particular storyline.

Kimberly has left the cast of General Hospital multiple times, first in 1996, to attend college. Her character also went away under similar circumstances to explain her absence.

She still kept making guest appearances, though, many of them in 2000 and 2004, before marking her official return in 2005. She developed a large fanbase over the years, making her one of the most popular actors on the show.

As such, we expect her to get the highest salary among the GH cast, which is around $2,000 to $5,000 per episode. With over 1,000 episodes under her credits, we can estimate that she has earned anywhere between $2 million to $5 million from her time in General Hospital alone.

Her other TV & Film Projects

Kimberly McCullough has several projects under her belt. She has worked on TV projects like ‘Beauty and the Beast and the film Consenting Adults. Additionally, she was in Once and Again and Joan of Arcadia, both of which were long stints she did while on leave from GH.

Furthermore, you can also catch her as one of the sorority girls, Amy, in the 2001 comedy movie ‘Legally Blonde.’ Her acting career is far too extensive to list, which explains why her bank account is impressive.

We cannot forget Kimberly’s career as a director as well. Her directorial debut came from the mockumentary ‘Lil Star.’ It was inspired by Kimberly’s own short experience with beauty pageants in the past.

She got a little recognition for her second directorial project: Nice Guys Finish Last. This gave her the chance to work with popular scream queen Danielle Harris and GH co-star Lexi Ainsworth.

Later on, McCullough guest directed several other Television shows, including Pretty Little Liars in 2016, Fuller House in 2018, and Its Always Sunny in Philadelphia in 2019. Through her versatile career, Kimberly McCullough has amassed a net worth of over $4 million.

Kim McCullough did not have a very successful dating life in the past. Her earliest encounter with actor Freddie Prinze Jr. was around 1996, and the relationship would only last a few years.

We don’t know exactly when the couple broke up, but Freddie was already married to his ‘Scooby Do’ on-screen love interest, Sarah Michelle Geller, in 2002.

Since then, Kimberly’s dating life became a bit too hazy to track. There was a rumor that she was dating NASCAR driver Dale Earnhardt in 2006.

There was no confirmation of their relationship, but the two were quite close. However, whatever it was, even this came to an end in a few years in 2009. Since then, no further details have come out about a possible partner or boyfriend.

Does that mean she is gay? Of course not. Kimberly McCullough is not gay, but she has become quite a lovable figure among her queer fans.

Furthermore, Kimberly does not have to be gay to show some love to the LGBTQ community. She attended an Evening with Women, which happens annually at the LA LGBT center in 2014.

Gay Wired also ranked Kimberly #7 on their list of Top 10 positive portrayals. She was the first soap actress to showcase realistic yet positive storylines about HIV and STDs.

There are no credible reports that confirm that Kimberly McCullough is married. We only knew that she was in a relationship, which ended tragically as we learned about the loss of her unborn child back in 2015.

Yes, Kimberly McCullough suffered a miscarriage six years ago, after 22 weeks of pregnancy. She gave us the whole tearful story on her blog.

“My heart was so full and then it broke. I had lost my baby girl. It was too much. I didn’t need to learn this lesson. I wasn’t interested. But I wasn’t in control.” she wrote, “These things happen and no, I don’t believe they happen “for a reason.” I’m still processing, still healing, but anyone who has gone through it knows, losing a baby at 22 weeks is tragic.”

Other Ups & Downs; Her Second Child

Kimberly also had many more ups and downs that year. Earlier that year, she was ecstatic to learn that she’d direct an episode of PLL.

However, shortly after, she would have a big health scare. After dealing with pain on the right side of her body that wasn’t subsiding, a CAT scan would reveal that there was a 7-inch cyst in her brain. While the health complication made her life flash before her eyes, luckily, it was non-fatal. Furthermore, she also lost her 13-year-old dog, Melba, in the Summer.

Afterward, she adopted another rescue pup, Jack. Things got even better as she took on new projects like Hey Day. She got to work with her idol, Finola Hughes, and Chrissie Fit, who was the lead actress.

Finally, we come to the event of her miscarriage. Even then, she was able to keep working, and her GH family eased the pain slightly. However, Kimberly’s life took a turn for the better one year later, in 2016.

She was finally was able to give birth without any complications. Her son, Otis, was born on June 7, 2017. She let her fans know on Twitter, quoting a Mary J Blige song.

Baby Otis was born today June 7th. To quote Mary J "I never knew there was a love like this before." ❤️ pic.twitter.com/yi1Jtsg3aP

McCullough likes to keep her personal life private. We can’t hold the decision against her. Many celebrities like to keep their personal lives a secret.

Being her fans, we can only support her life decisions, especially those that serve her well-being. We still get to see glimpses of her boyfriend and baby daddy, even if it is only his backside. After all, in the age of social media, even Kimberly McCullough can’t help but praise her partner a little, especially for being a great father.

How Old is Kimberly McCullough? Her Bio

Kimberly McCullough was born on March 5, 1978, which makes her 43 years old in 2021. She was born in Bellflower, California, and is Mexican as far as her nationality goes. Moreover, Kimberly was raised with two older siblings.

Her mother was a dance teacher who encouraged her daughter to do the same. McCullough landed her first commercial when she was just 7-months old and barely able to crawl.

Her diaper commercial also featured British actress Juliet Mill. By 4, she did gymnastics and even joined the famous children’s circus group, Gym Dandies.

Two years later, Kimberly was auditioning for choreographer Debbie Allen. According to her Wikipedia page, she was able to pass the test appearing in the TV series ‘Fame.’ She’d also work on Breakin 2: Electric Bugaloo.

Kimberly McCullough went on to attend New York University’s School of Arts in 1996. She even left General Hospital briefly, dropping out after only a year in 1997.

Her GH character, Robi, however, went to Yale University to study Medicine, eventually graduating and becoming a Doctor.