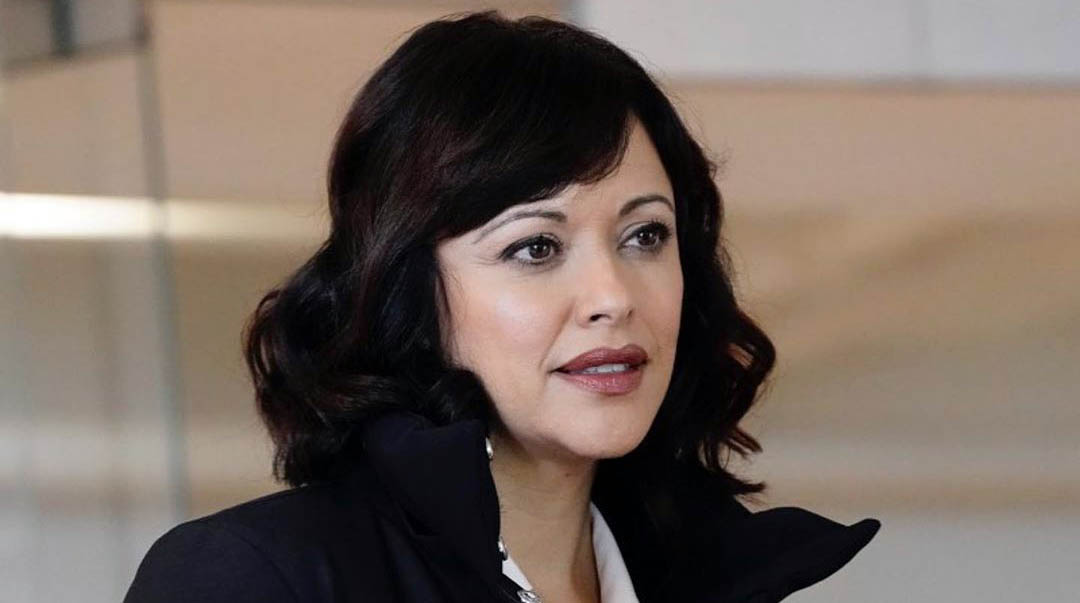 Lena Headey and Mindy Kaling are just a few of the actors who are redefining celebrity moms’ roles. In this day and age, when media seems even to cover small hook-ups, these women can live on while holding a massive secret of their partners and baby daddy. Joining the list is another incredible actress, Marisa Ramirez, who is extremely successful in her career and is also a very happy mother.

Here is what we know about her marriage and dating life? Who is her baby daddy? Find out in this article along with her net worth and body measurements.

Marisa Ramirez’s most popular role and her longest-running role is that of Detective Maria Baez in the CBS police drama Blue Bloods. She became part of the series in 2013 as a recurring cast member but soon transitioned into the main role. Maria is the newest among quite the long line of Danny Reagan’s (Donnie Wahlberg) partners. She has total appearances in over 160 episodes.

Some of her other prominent works in TV include the role of Officer Riley Dunn in ‘Body of Proof‘ and as Dr. Chloe Artis in the Fox Summer series, ‘Mental‘ alongside Chris Vance and Annabelle Sciorra. Moreover, she may be famous as Lina Flores in ‘Against the Wall,’ which was only a season-long despite great ratings, and as Melitta in the mini-series ‘Spartacus: Gods of Arena.’

While we’re talking about Marisa Ramirez’s net worth and acting career, we can go even further back to when Marisa Ramirez made a breakthrough as a soap opera actress. Ramirez was in well over 100 episodes of ‘General Hospital‘ and its spin-off series ‘Port Charles.’ She left GH for appearing in the 2003 series ‘Miracles.’

She returned to soap opera portraying the role of Carmen Mestra and then as Carmen’s lookalike cousin, Ine Vargas in ‘The Young and The Restless.’ Furthermore, Marisa was also in movies like ‘All Souls Day‘ and ‘Itty Bitty Titty Committee.’ You may have also caught her in music videos like ‘As Long As You Love Me‘ by Backstreet Boys and ‘Give It To You‘ by Jordan Knight.

Marissa Ramirez’s net worth can altogether be put together as approximately $3 million or more.

Is Marisa Ramirez Married or Single?

Marisa Ramirez was married in the past, but as of now, she is single. She was married to her former husband, Nathan Lavezoli, from September 22, 2002, until 2011. Their divorce went down as secretly as their wedding and the entirety of their marriage. So, we have no clue about her husband.

Marissa Ramirez has only one daughter and no other children. She announced her pregnancy to the public on January 22, 2016, telling People that the baby was due in May later that year. She had said back then about how she keeps forgetting that she is pregnant.

“This was a complete surprise,” she said, “Some mornings I wake up and forget I’m pregnant! It just seems like it was meant to be — a happy surprise.”

Ramirez had kept the sex of the baby a secret from both the public and herself so she could surprise everybody, including her, only at the end.

The 38-year-old also spoke up about how her Blue Bloods co-stars supported her throughout the pregnancy, especially her on-screen partner, Donnie Wahlberg.

Her Daughter’s Name is Violet

Her daughter, Violet Rae, was born on May 29, 2016. Ramirez was ecstatic to be a mother announcing her happiness to the rest of the world via Twitter.

“She’s here!! Little Miss Violet Rae born on Sunday May 29th!! She’s so happy and healthy and we are so in love!!!” she wrote with her daughter’s first picture.

The “we” she mentions in her Tweet has us suspicious as to what she means. Could it be referring to her daughter’s baby daddy? Well, as we said in the beginning, the identity of her baby daddy is completely a mystery. We are not even sure if she is still with her baby daddy or even talking with her co-parent. However, somehow the media seems content with not knowing about her partner as it barely makes a murmur among them.