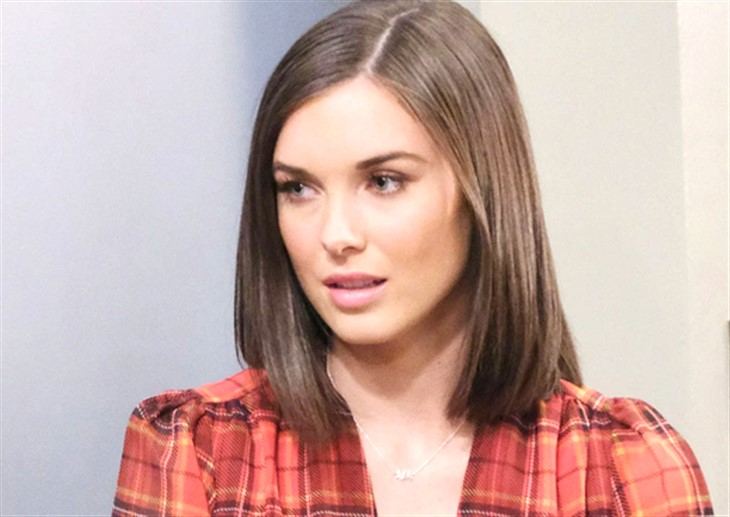 Young, successful, and happy life; this is the typical yet ideal goal that most people aspire to have.  But among the millions of aspirants, Katelyn MacMullen is one of the lucky stars who earned and fit with the descriptions. She is an American movie star and writer. As a 26-year-old woman, with all her achievements, one can say that she is already living the best of life.

Katelyn is someone described as lucky for having such great physical features. Her blue eyes and brown hair just somehow brace the entirety of her work. Looking at her face, this eminent TV personality’s beauty is comparable to an alluring painting. With all these incredible feats given to her, she undoubtedly receives numerous appreciations and supporters worldwide.

Of course, MacMullen also has a fair share of stories about who she is. She shares some aspects of her day-to-day life on every social media account she has. However, despite parading her life as an open book,  most people still want to know her more, from her private life down to every victory she has ever had.

At this point, we’ll help you dig more about the life of this renowned TV star behind the blinding lenses of the cameras. Are you ready to know her? Let’s spill the beans!

Is Katelyn MacMullen married to her husband?

MacMullen embodies the fictional role of a woman who has a romantic affair with the distinguished American TV personality Josh Swickard. The chemistry and connection they showed during the show are worthy of being given a round of applause. Because of how natural they look together on screen, fans have later on started speculating if they were real-life sweethearts. So what about in real life? Are Katelyn and her reel life husband are a couple too beyond cameras?

Well, it’s a piece of unfortunate news for all the couple’s shippers out there. Josh Swickard is already blissfully married to his wife since 2019 to his only sweetheart, Lauren Swickard. So, if Josh is already married, what about Katelyn? What’s her story? Who’s her husband?

The TV star is not used to sharing her private life in public; she prefers to keep some things away from the cameras.  Due to this, it is inevitable for fans to create assumptions that she is dating someone secretly off-screen. Well, it seems that is not the case as well. Katelyn MacMullen is currently living her single life. She is not currently linked with anyone, and there’s not even a piece of hint on her social media account about her relationship status.

The actress is centered around her acting field. She is more focused on upgrading her career than anything else. In one of her posts on Instagram, she preferred to spend her time with friends and her dad, to whom she is pretty attached. Indeed, it’s a typical life of most people whose career is continuously striving in the market. But of course, when the perfect time comes, she will indeed find the perfect husband for her. As of now, let a single blessedness mantra emanate from her world.

After all, being single is not a big deal for this TV actress. She is living the best of life as an independent woman without anything that burdens her career. As everyone puts it, “Single is the new trend.” Katelyn, however, is living with her beloved pet cat in Los Angeles. I guess that makes her less lonely as fans assumed, right?

The TV star actress’ career venture is indeed notable. While growing up, she worked as a child star in various Disney projects. On top of this, she requested to be a star artist to do commercials in different big companies, such as AT&T and Volkswagon. With her great physical features, Katelyn also tried her luck in modeling. Thankfully, she did exceptional work in all of her endeavors, making her journey smooth sailing.

However, amidst her almost succeeding career, her family moved to Nevada. The TV star was left with no choice but to pause her profession in the meantime. Nonetheless, after eighteen, she decided to go back to where her heart belonged – acting. Along with her dreams are the steadfast support of her family. Given this, she restarted her Hollywood journey that had come to a pause and moved back to Los Angeles.

At this point, Katelyn’s name became more popular in the spotlight. She was given various doors of opportunities, which she sure had grabbed the chance. In 2015, the famed star entered the show business with the TV arrangement Sin City Saints. During this show, she played the role of Josie. Afterward, the actress presents herself in the film “The Row,” and “Roofied.” People can say that at her young age, she played her fictional character pretty great.

Come 2018; the TV star became part of the long-time show General Hospital. The GH team saw her capacity to act in the role of Willow Tait, the love partner of Josh Swickard and the beloved daughter of Lorraine Miller and Douglas Miller.

Through her spotlight from GH, Willow Tait’s name grew in popularity. Of course, she garnered a lot of fans all over the globe. After her many long years in the showbiz industry, it is no surprise that she earned various awards and acknowledgments. One of these is from her impressive portrayal of Willow Tait in General Hospital, leading her to have two consecutive Daytime Emmy nominations in 2020 and 2021 for “Outstanding Young Performer in a Drama Series.”

With her striving career and long years in the entertainment world, it wouldn’t be shocking if this star earned a vast fortune and a handsome net worth. One can say that she is indeed enjoying her success. But how much is this multi-awarded actress actually earning? According to a legit source, Katelyn MacMullen has an estimated net worth of $1million. Given her constant spotlight, she sure will earn more from her successful career.

After all, all the career experiences and achievements of Katelyn MacMullen are living proof that success knows no age and time. Everything is a matter of guts and bravery to venture into the unknown, just like how Katelyn did. And when the time is right, victories will come boundlessly.