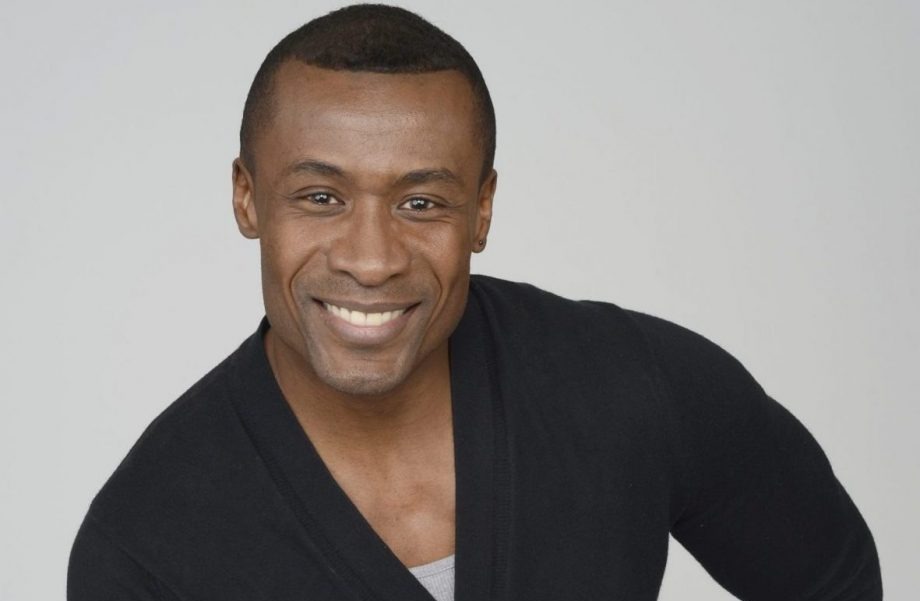 Sean Blakemore is an American actor famous for her role on the daytime soap opera General Hospital as Shawn Butler. He is also eminent for his characters on CSI: Cyber, Star Trek, Hawaii Five-0, The Quad, and Blackout. The actor is from St.Louis, Missouri, and was born on the 10th of August 1967. This is Sean Blakemore’s Wikipedia-type biography. Meet his wife Nadyia Jones and their wonderful kids.

Sean Blakemore is an amazingly competent person who has made great efforts for the reputation he presently savors in Hollywood.

His first TV appearance was in the 1996 TV movie Soul of the Game as Graces’ Husband. He has pressed forward to act in 35 TV series, 16 films, and four videos.

After his debut cameo in 1996, he had featured in many television series and movies, including Playing with Fire as Eric Konadu, The Young and the Restless as Ben, Into the West as Ben Franklin, Days of our Lives as Peter, CSI: Cyber as Director Silver, American Crime as Reggie Pollard, The Quad as Eugene Hardwick, and 13 Reasons Why as Mr.Cole.

Sean’s premier cinema portrayal was the character of David in the short film Can’t Let Go in 2001, then come after Ric in Big Ain’t Bad, and Corliss in Dahmer in 2002.

Many producers and directors offered several projects to him – almost year after year, you could see Sean at the cinema.

His other works for the film industry include Keepin’ It Real as Richard, Woman Thou Art Loosed as Pervis, Restraining Order as Dontae McNeil, Blackout as James, Columbus Day as Office Walters, The Porter as Arthur Dodd, Star Trek Into Darkness as Klingon, Ad Astra as Willie Levant, and Lethaiz as David Claude.

Not to mention the four (4) videos he was also cast, namely Motives, Motives 2, Belly 2: Millionaire Boyz Club, and The Inspiration of Barack.

But Sean returned to the series and had the recurring role of Shawn Butler in January 2011. Then three months later, ABC and Sean entered into a contract to have the character of Shawn permanently on the show. Shawn is an ex-U.S. Marine and experienced PTSD or Post Traumatic Stress Disorder.

As soon as Sean assumed the character, he thought of Shawn as a villain who had a change of heart and struggled to gain the support of anyone he encountered.

Viewers last saw Shawn during the episode where he was sentenced for shooting Hayden Barnes, but Nikolas Cassadine’s hitman was the one to blame.

And Shawn ended up being imprisoned. Fans still want Shawn to reappear from the show. It is indeed amusing for a familiar cast to return. It will be exciting to witness what Shawn contributes and puts forward when he reappears.

During the 39th Daytime Emmy Award, Sean was nominated for his role in the series General Hospital for Outstanding Supporting Actor in a Drama Series category, but he didn’t win.

However, four years later, he was again nominated for the same category and role at the 43rd Daytime Emmy Award, and this time, he was happy to bring home the award.

Not only that, at the 2003 Hollywood Black Film Festival, he received recognition for his acting in the movie Big Ain’t Bad as Ric Jackson.

While Sean has evolved to be the actor that we admire nowadays, he didn’t begin his walk of life in the entertainment industry.

He once stated that he was doing remarkably well in Missouri as a model, though he decided to follow his dream of becoming an actor and relocated to Los Angeles in 1998.

Daytime Emmy Award winner’s career had advanced considerably for someone who first found success as a model and then shifted to acting with every bit of his resolve and talents.

Sean Blakemore prefers to have his personal life out of the limelight and won’t disclose family matters to the public. Regardless of everything, it is acknowledged that he espoused Nadyia Jones, an actress, and dancer, on June 19, 2010.

Nadyia Jones is recognized for her role in the following films: Jump the Broom: The Musical (2009) and Gangster Squad (2013).

The couple had a beautiful daughter named Jersey Nariah three years after their marriage.

Net Worth and Income Sources

Being a model and actor, Sean Blakemore definitively collected a vast amount of earnings. Before 2021 ends, he has an estimated net worth of $3 million.

We are all aware he started as a model, and fashion models are ideally tall. Sean has a height of 6 feet 1 inch (185cm). He has a muscular build with broad shoulders and thick arms. He works out to maintain his physique.